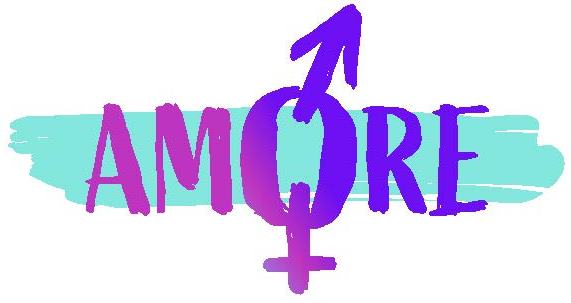 Summary of the project

The Council of Europe defines that gender equality means identical level of responsibility, visibility, autonomy and participation of both sexes in all the public and private spheres of life. Sexual and gender-based violence is defined as the violence applied against a person because of his/her gender or sex, including sexual abuse and harassment, rape, domestic violence, etc. Although everybody could be equally affected, women are the prime victims of this type of violence.​

In times of globalization, we are more interdependent to these extraordinary but dangerous tools called internet and social media. The easy accessibility to them nowadays comes associated to a non-controlled ambiance where a wide diversity of people can enter and share a huge range of opinions and ideologies. It is in this context where the hate phenomena raise as a result of different ways to understand life and, with this line of thoughts, the hurtful cyber violence appears as well. As reported by the EIGE, 1 out of 10 women in Europe have suffered some type of cyber violence. Talking about discrimination based on sexual orientation, a lot of people from LGBTIQ+ communities all around Europe cannot even expose or express themselves because they often suffer violent attacks. It was reported by the EU LGBT survey that 47 % of people from this community have felt discriminated or harassed because of their sexual orientation in the previous year.​

Migrant women face challenges as both migrants and women, suffering a double disadvantage. In the case of conjugal violence, women tend to be more reluctant to denounce her partner when her legal residence status is dependent on him. In addition, often conjugal violence is not treated as a critical case by the authorities, as they could be attributed to cultural differences. We all are regularly exposed to everyday sexism without being aware of it. We are extremely used to these situations or set phrases that are simply seen as social constructs that we usually acknowledge as being normal. The headlines in the media are often condemning the crimes that end up with a dead body. Nevertheless, they do not analyse the base of this phenomena, established over a society that see everyday sexism as “normal”.

Research carried out by Foundation of Knowledge (FK, Hungary), Permacultura Cantabria (PC, Spain), Olemisen Balanssia ry (OB, Finland) and Oriel (Italy), in which alarming figures were found regarding gender inequalities in their counties, has motivated to create a Strategic Partnership and to give life to the project “AMORE: Adults ́ MicrOmachismo ReEducation”. Its purpose is to face everyday sexism of those who suffer the most (adult women, adult people of the LGTBIQ+ community and women with an immigrant background) in various media, especially in the digital world.

The goals of this project are to build awareness and to empower adult people to start recognizing everyday sexism and to prevent it. Participants will gain information, abilities and tools to notice everyday sexist situations and they are going to learn how to change them.

AMORE is directed towards 4 adult trainers from each of the 4 organizations, who will transmit through internal workshops the knowledge and tools acquired to the adult learners in their organizations and communities. Each participant organization will also count with a project coordinator and a dissemination manager.

The project will consist of​

The course organized by Permacultra Cantabria

will compile all the knowledge obtained during the project and will incorporate the BP and tools gathered in the participatory visit. The aim of this course is that the adult trainers of the participating organizations would be able to reproduce it within their adult learners, empowering them with helpful tools to face sexist practices.

To summarize the expected impact, we strongly believe that the participants will improve their perception about everyday sexism, and will have a good collection of methods to empower adult learners to confront everyday sexism practices in different contexts and communities. We expect to promote the inclusion of adult people from the LGBTIQ+ communities and immigrant backgrounds pursuing real conditions of equality among adults, with a special emphasis on combating everyday sexism in the media.